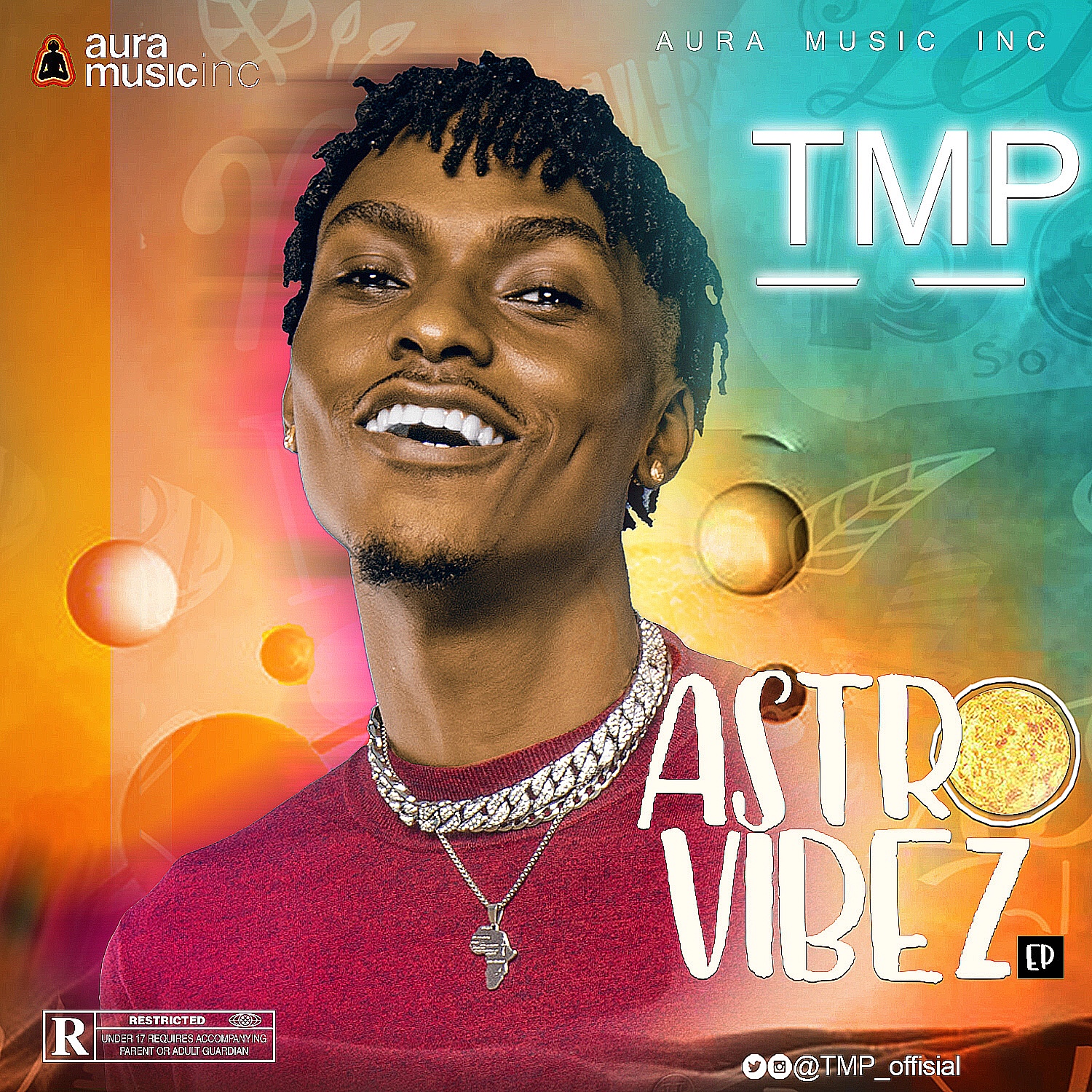 “TMP” whose real name is “Ogunbanwo Olayemi” is a talented artiste who just got inked at Aura Music Inc and also fresh out the blocks. He came through with a body of work titled “Astro Vibez” an afro in-fused laid-back combination of works.

On AstroVibes EP by TMP His debut body of work, TMP delves-in with an intro titled “Nobody” which Invokes the thoughts that regardless of the vibe around us at any moment and you feel “Nobody” knows your pains, but God knows.

“Oluwa” also known as”God” in his native Yoruba language came in second on the tracklist which features “Marlian Music” act Mohbad an inspiration anthem poised to take over the streets.

Alujo which follows up on the track order is your one shop stop hit jam which means (Dance), as its a get down and let loose jam.

On “One Shot” the final piece on the “Astro Vibez EP” TMP brought his superhuman spirit free vibe which he tries to knock on the unconscious inner spirit of motivation because this life isn’t all hard and its all vibes, the “Astro Vibez”. 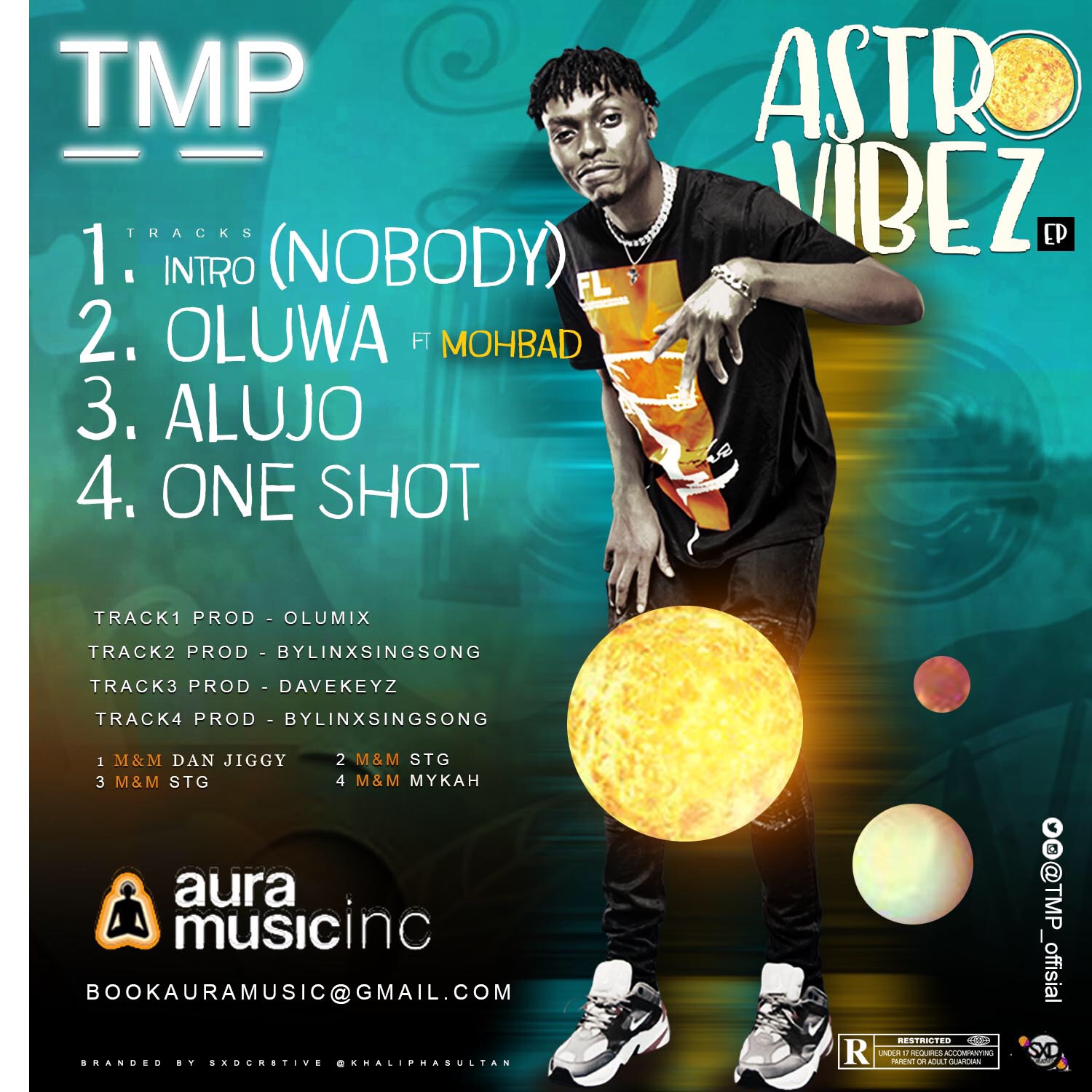