BBNaija Lockdown Housemates, What Have They Been Up To? 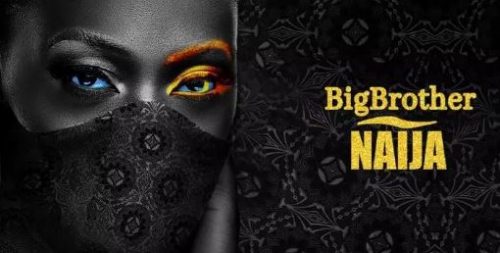 Big Brother Naija’s fifth season, the lockdown edition ended in September 2020. We look at some of the housemates and what they are up to 4 months later.

1) Olamilekan Agbelese: Laycon won the competition after winning the hearts of the viewers at home with his charisma and versatility, as well as his intelligence. Laycon has since gone on to secure several endorsements deals with different companies such as Fire condoms, Oppo mobile, Mentos, BnT fashion, Gotv, Piggyvest, House of Lunettes, MKC clothing. He is also going to have his own show, “I am Laycon” on Showmax from February 2021. He was also appointed as the Ogun State youth ambassador. Laycon has also appeared on a few songs with other talented artistes.

2) Nengi Rebecca Hampson: The Bayelsa State-born damsel was the second runner up at the reality show. Since the conclusion of the show, Nengi has gone on to appear on Davido’s “Jowo” music video as well as making her Nollywood debut in the movie “Rattlesnake”. She was also appointed as a Senior Special Assistant on Entertainment to the Bayelsa State governor.

3) Erica Nlewedim: Erica got disqualified from the show after an altercation with eventual winner, Laycon. Erica has since gone on to accumulate a huge number of dedicated fans, “Elites” as they are called. She also secured several endorsements deals with Star Radler and Legend Stout, both Nigerian Breweries, as well as with TravelBeta.

4) Dorathy Bachor: Dorathy was first runner up at the reality show, she finished behind Laycon on the final standings. She secured endorsement deals with VSP Botanics, Mapia tea and Revvit & Renon. She was also gifted a new Benz by her fans during her birthday party.

5) Neo Akpofure: The Delta State-born ex-driver finished in fourth place in the show. He secured a huge sponsorship deal with Orijin Nigeria.

6) Ozoemena Chukwu: Ozo finished in 7th place. He has since been appointed as Juventus Academy Brand Manager in Nigeria and has also joined Supersports on DSTV as a presenter alongside legendary Sports presenter, Moses Praise.

7) Terseer Waya: Kiddwaya finished in 9th place in the competition. He has since gone on to sign a sponsorship deal with vodka company, Ciroc. He also has a YouTube vlog, and has visited Sierra Leone with his beau, Erica where they went to greet some of their fans.

8) Prince Nelson Enwerem: Prince finished in 8th place. He has gone on to bag a sponsorship with Guinness Nigeria, as well as skincare company VSP botanics.

9) Victoria Adeyele: Vee finished in 5th place. The musician has since gone on to release a hit single “Show”. She also secured an endorsement deal with Gleam skincare company.

10) Timmy Sinclair: Trikytee is a Bayelsa State-born musician. He was appointed as Senior Special Assistant to the governor of Bayelsa state on Entertainment. He also secured am endorsement with TWHDorg, an online trading firm.

The Lockdown edition of Big brother Naija is remembered for its fierce competition. It could have fetched bettors cool money if it was included on NetBet slots.

The ex-housemates seem to be doing well in their lives after the show, and we wish them well.