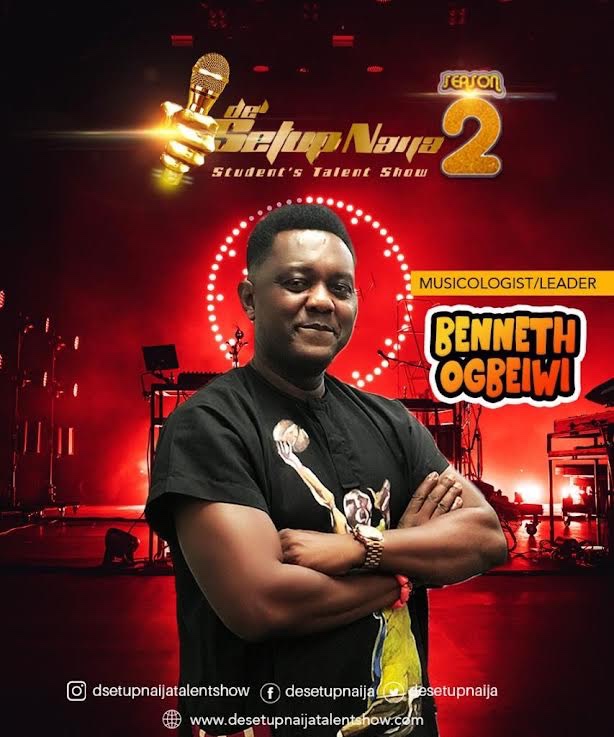 What the event Aim to achieve
De Setup Naija Talent Show aims to create a platform for aspiring youth who are interested in music and art, giving youths who are students the opportunity to showcase their Talents in front of Major personnel in the music industry, Talent Agencies, and Managers.

“Following the success of De Setup Naija Season One depict the Pandemic, We had fifty contestants who made it to the Live Shows, which was aired on WAPTV (DSTV, GOTV, FREE TV etc). De Setup Naija Season One was done and finalized on 31 July 2021 with the winner’s interview on WAP TV. The Winner of Season One was Mr Olamilekan Mitiu who against all odds fought through with his talent and confidence made it as Our Number One Winner, he won the Grand Prize of one point two Million Naira Cash Prize (#1,200,000). We also had the first runner up Ebube Martins, he won the Prize of seven hundred and fifty thousand Naira (#750,000) , second runner up Legend Umaro and Adesina Kamilu (Adellux) both won the sum of Five Hundred thousand Naira (#500,000)”. 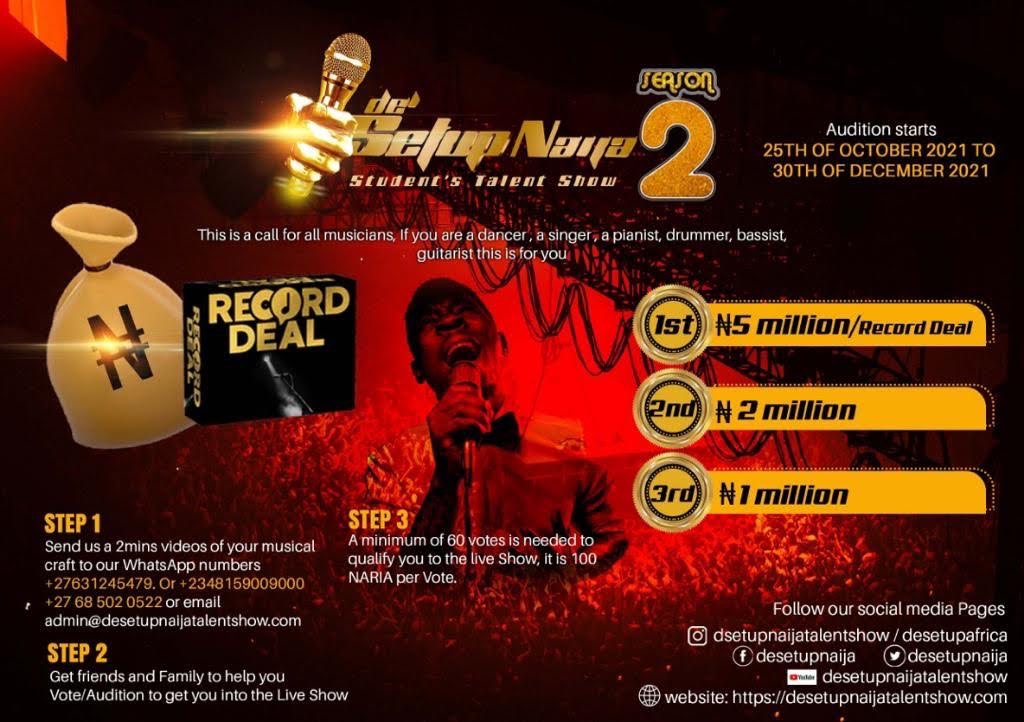 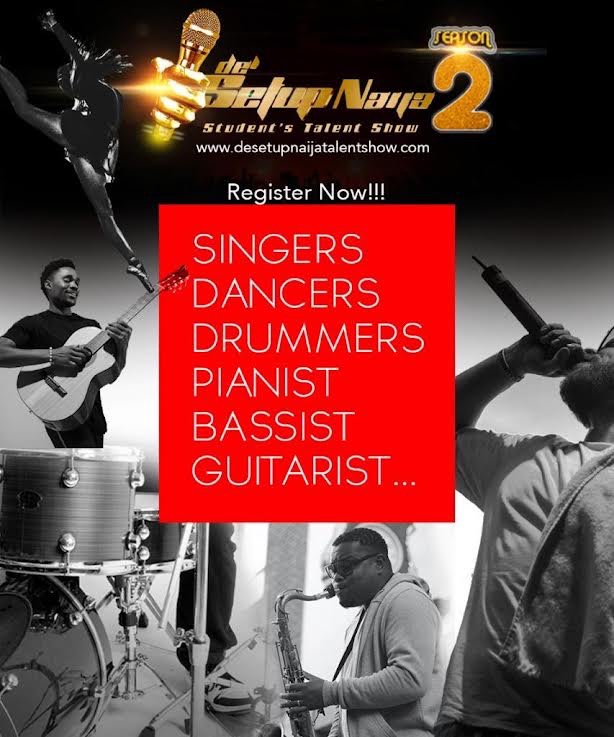 De Setup Naija Talent Show Season Two is going to be bigger, better with a large stage; we are giving more contestants the opportunity to win. This Season is giving Five hundred (500) contestants who meet all requirements, a chance to be in the Live Shows. We are having them grouped in fifty groups. Total prize for this season is the whooping sum of Eight Million Naira. Grand prize is Five Million Naira for 10 Contestants. We just want more contestants with talents to benefit from this Season Two talent Show giving more opportunity to students.

“Our Protagonist is Mr Beneth Ogbeiwi, who has over the years been known his excellence, coaching and bringing out Star with the youth in the entertainment world, we went for the very best because we want our contestants to not only compete but also be groomed in their talent. The other Judges who are also well known and the very best in the entertainment world will be announced soon. STAY TUNED!!!!!”