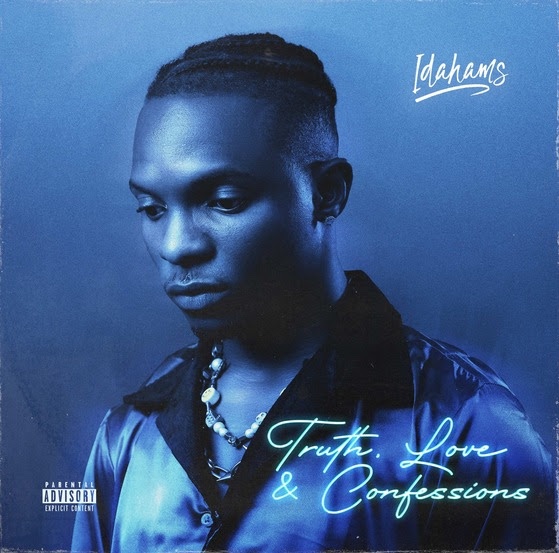 Nigerian singer, songwriter and producer, IDAHAMS is excited to unveil his highly anticipated debut album titled, Truth, Love & Confessions, which is set for release on September 16 via, Grafton Records.

Led by the buzzing chart-climbing single ‘Bad Girl’, which was engineered by Grammy Award-winning producer Vtek, Truth, Love & Confessions is a masterful 13-track album that runs the gamut of soundscapes, from pop and R&B to highlife and afrobeats, over which Idahams bares himself open for the listener about his life and times, his relationships, the climate crisis in his hometown, pressures of chasing success, and his near-death experience at the hands of the Nigerian police, among other real-life experiences over the past two years that have fuelled the making of this album.

“Recording the ‘Truth, Love and Confession’ album was quite a journey. It took almost two years to record, and I’ve musically documented my life, environment, and personal experiences in the album. As a young man who has gone through life, I believe some of my stories on this album will connect with people. It is a very relatable project and I have opened myself up for people to see, I’ve also made sure I maintained my true essence as an artist, a musician and entertainer”.

Idahams’ Truth, Love & Confessions is driven by production from Idahams himself, as well as long-time collaborators Yussy Beats (Adekunle Gold, Yemi Alade) and Orbeat, with additional production from the likes of French Ivorian beatsmith Price D, and Senegalese DJ/producer Mr. Meyz (Tiwa Savage, Nailah Blackman, Oxlade), among others. Idahams has also brought together an eclectic mix of guest artists from all around the world, including Xenia Manasseh from Kenya, Zach Zoya from Canada, and Tugga Skii from the UK, to help bring the album’s themes and stories to life..